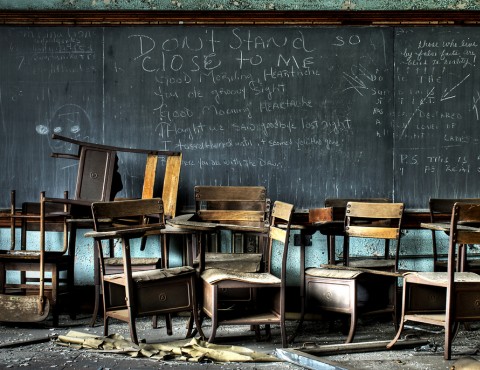 It’s 1941 in Limerick City and it’s bucketing rain from the heavens. You and your friends run to take shelter in Leamy’s School. Inside you find that something’s not quite right. You go to leave but it’s too late, the door is locked behind you! You’ve got one hour to escape before the headmaster finds you and you get permanent detention.

What do our customers say?

Having played upwards of 70 games at this stage we weren’t expecting anything spectacular but we’re pleasantly surprised. Played both games, McCourts classroom which had some great puzzles with two or three elements which required combining to solve which I liked. The scene was excellent and you really felt like you were in an old classroom. (Paul Bolt, TripAdvisor User)

Or choose another room